Breaking the Silo - 1. Defining the Challenge

Me and @Vasilis_Ntouros had a co-working session today to organise the notes from the call, we created this map using excalidraw 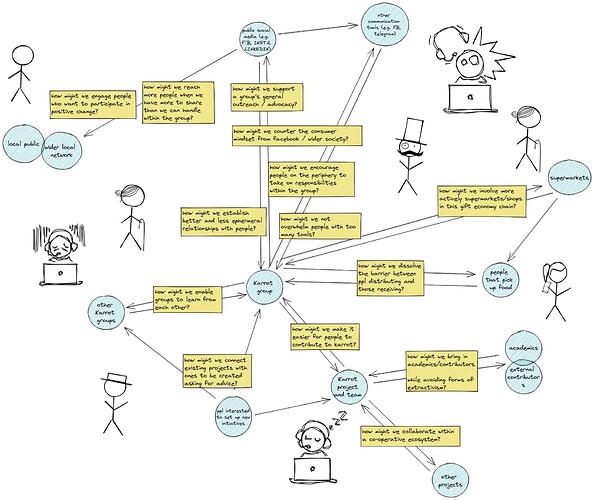 … and the same one with out voting dots, on which areas are interesting to each of us present

… and then we also shared some ideas how things could work in the future, where the groups karrot page is more of a hub of the different types of things people might want to do… 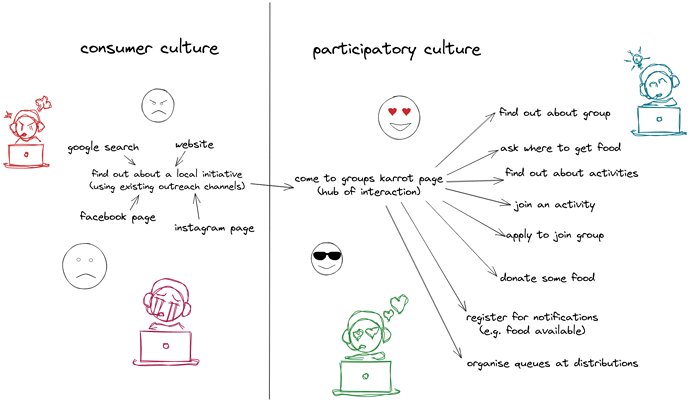 A post was merged into an existing topic: Braking the Silo - 2. Sketch