This is the second stage of this process to design governance features to Karrot. Now we try to sketch some ideas, based on the insights gained from the previous stage. Next up is prototyping and testing, but until we get there we have probably a few meetings left to have the final sketch (although I suspect we will need less meetings than on the first stage).

So far we’ve had two and a half meetings (one short after Karrot’s weekly meeting) since we started discussing and brainstorming solutions (see meeting notes). In the second one we actually started sketching some ideas previously brought up in the one before.

We’re also trying to bring in more participants now that we have a concrete question to work on. See call for participation

We started by discussing 2 ideas:

Then we had 15-20 minutes to work on our own sketches (will upload them later). After that we presented our respective sketches and commented on each other’s sketch.

Finally, we checked again the long-term goal and process questions and concluded that we did not diverge and are still pretty much aligned with them.

We will choose which are the most interesting aspect(s)/feature in each sketch we would like to focus on. Then another round of sketching…

1 Like
We're improving the governance features of Karrot with "rules" and invite your participation!
Weekly call about Karrot development 2020
bruno November 25, 2020, 9:45pm #2 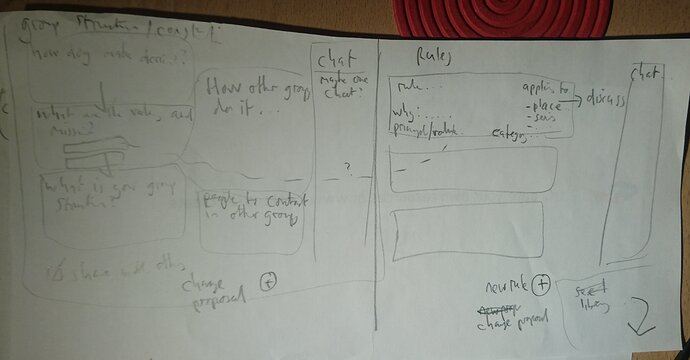 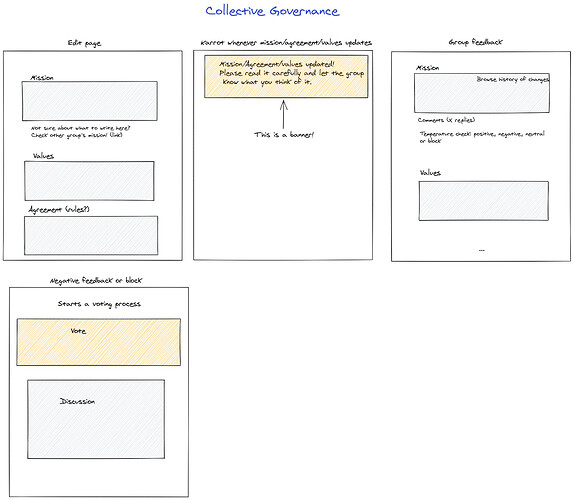 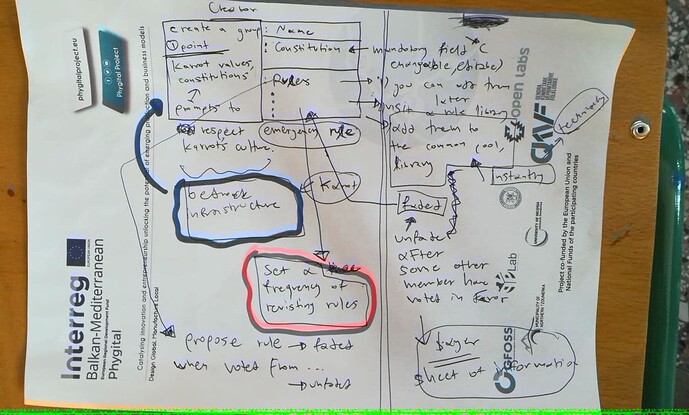 Here are the sketches from our last session (see Governance Meeting Notes - #10 by bruno for the meeting notes). 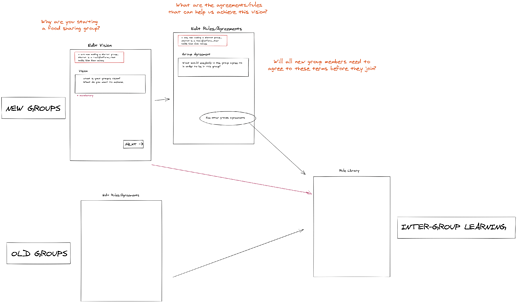 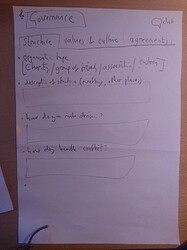 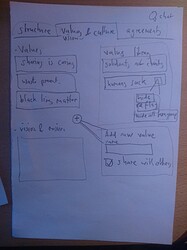 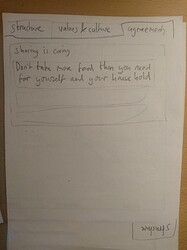 Now we’re getting somewhere! Katie, Vasilis and I got together a bit earlier to work more on the sketch from the previous meeting (above) and Nick joined later. Some kind of final sketch is slowly starting to take shape. And we have a feeling we’re still aligned with the mission and discussions we had from the beginning on Stage 1 defining the challenge.

So far we based the sketch on 2 main ideas:

(I wasn’t sure where to put this, as it’s kind of like going back to sketches again, but seems more appropriate place).

Me and @bruno had a co-working session on the prototype yesterday, and aside from some more direct practical bits, we also chatted a bit more about how the agreements could work - as we found in our last governance meeting it was not very clear to anyone how to proceed.

One of the key questions for me was whether the agreements should be lots of little one line points, or a big wall of text document. We realised it would be useful to look at existing examples of agreements so we can better come up with a model.

… but as we chatted during the co-working session, an idea emerged from between us that feels quite promising (we can see how well it might fit any of the docs we find).

So, I thought there are 4 main screens to think about here:

… and some idea of what might be on them (not refined UI concept, just a general idea): 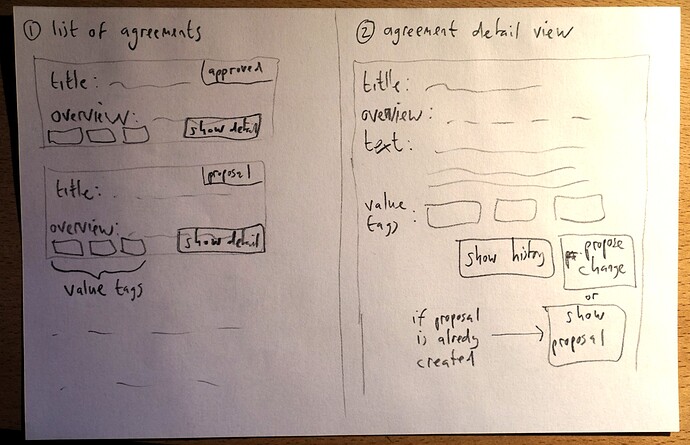 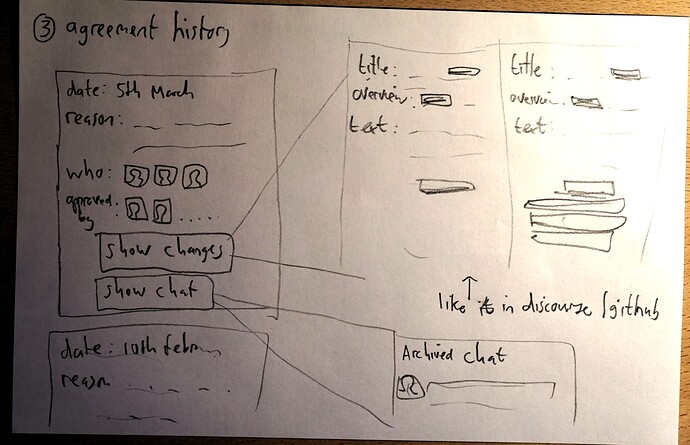 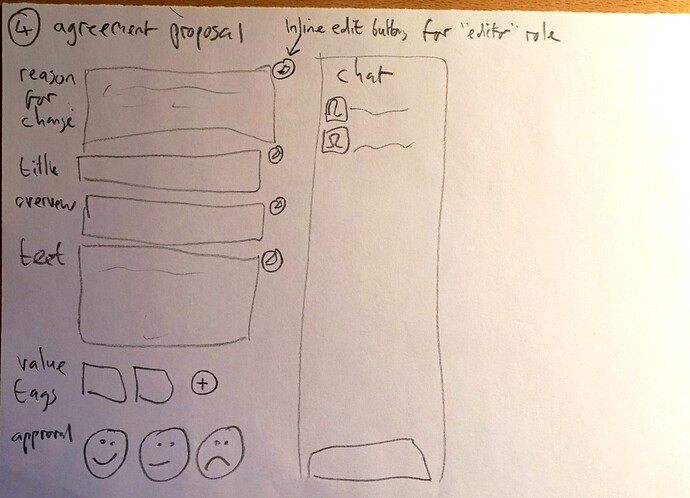